Over 1,439 of the best hand picked products for women

Wahoo! We’ve got two new goats the Ridge Haven Ranch, and they are absolutely adorable! Meet the two new wonders of the ranch, Topaz and Druzy.

Both are Nigerian dwarf goats and weigh about 12.5 lbs., but we expect them to grow to 70 lbs. each. Not huge by any means but a size we think we’ll really like.

We picked them up from a co-workers framer about an hour away and drove them back to the ranch. They’ve been here for about two weeks now and are adjusting wonderfully.

We put them in a fenced in area with plenty of weeds and within the first week they had gone around like vacuums eating up everything in sight! 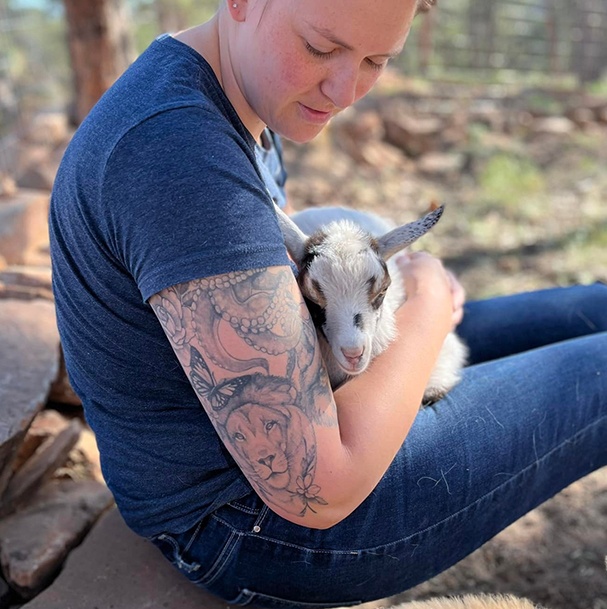 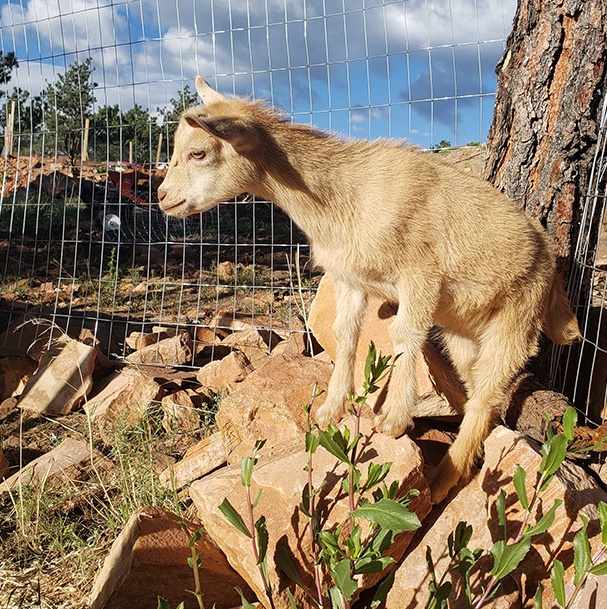 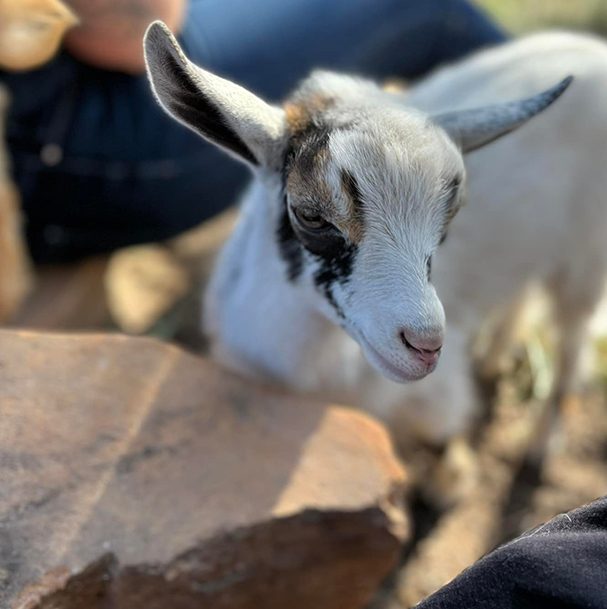 Since we’re up in the mountains, we don’t have your typical suburb lawn or farm-like weeds. There’s a mix of wild flowers, typical weeds, various grasses, and so much more. They seem to like munching on just about everything except for the plant Rabbit’s (Lamb/Bunny) Ear. I figured the soft, velvety leaves would be fun to chew on but they had no interest.

We’ve been giving them buckets of weeds handpicked from around the ranch, and noticed they don’t enjoy everything on one pile. Instead, when we scatter the weeds around they’ll eat them all. It makes sense when you consider that goats by nature, are natural forgers. They like to work for their food.

To protect against bears and other predators up here, we’ve installed a mesh wire fence around the bottom 5’ and two rows of electric fence above. We’ve got everything from mountain lions to foxes, bobcats, bears and so much more roaming around the 30 or so acres up here. We choose 0.7 joules with the hopes of deterring other animals from going after our precious goats. The information out there, especially on the boxes, is rather confusing, but at some point we’ll bump up that number when we get out permanent steel perimeter fence installed. 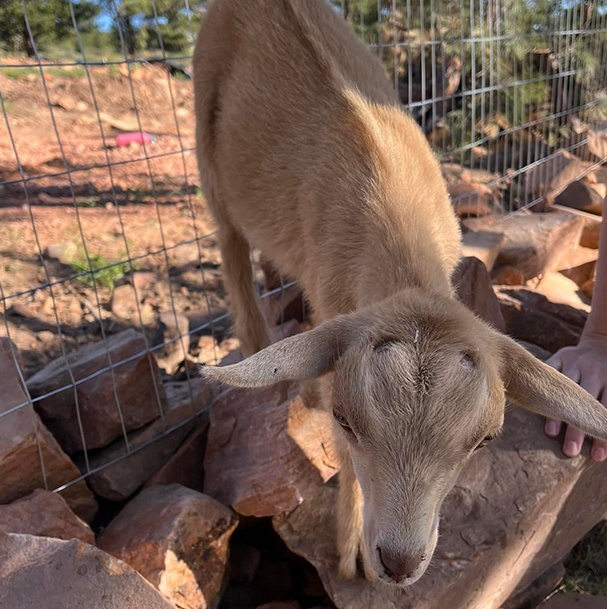 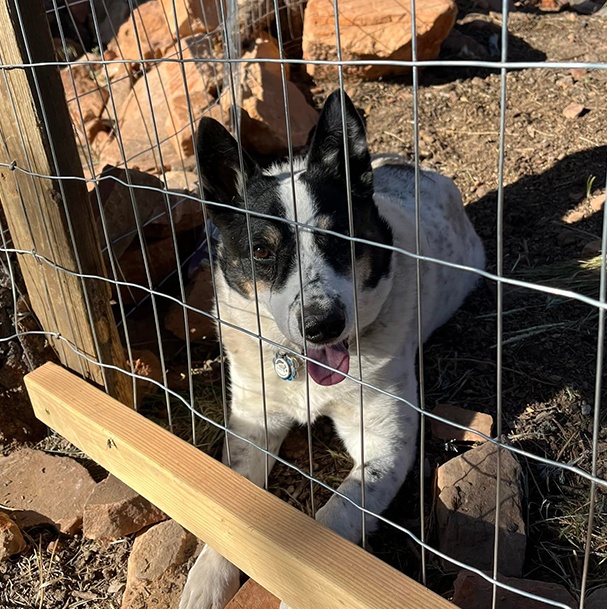 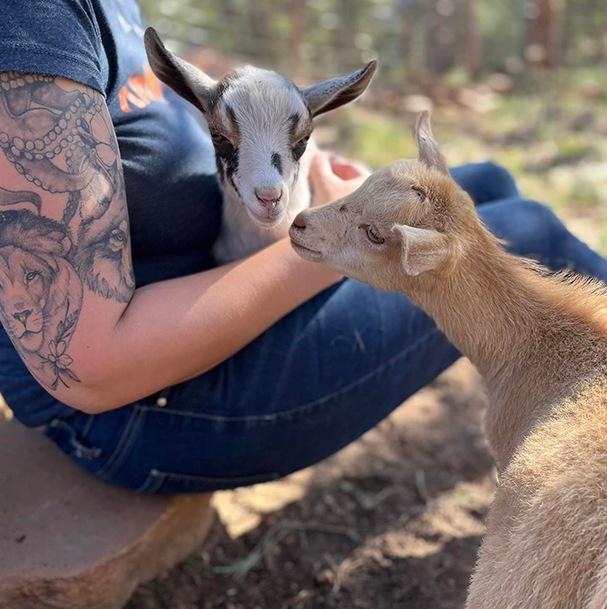 The two goats are living in a steel sheltered welded together by my husband Brian. It’s extremely beefy and weighs a considerable amount. Even with strong winds up here in the mountains, it’s not going anywhere. Eventually it will be anchored to a concrete pad. We’re still building the roof, but for now we’ve got temporary boards installed to give them shade from the sun and protection from the rain.

For the siding we choose to use leftover exotic hardwood from Brazil called IPE. For a natural wood product, it’s extremely fire resistant, and lasts virtually a lifetime. (Say 80-100 years). In comparison to other soft woods or your typical fiber cement products and so on, it’s at least 10x more expensive. So pricey, but so beautiful at the same time. We like to live by the build it once, build it right motto here at the ranch.

If you’re wondering where the name Druzy and Topaz come from, we’ll it’s quite simple: We love minerals and gemstones, and hope to name all our ranch animals after specific ones. Topaz is the golden brown goat and druzy is the sweet white goat with black and brown spots. 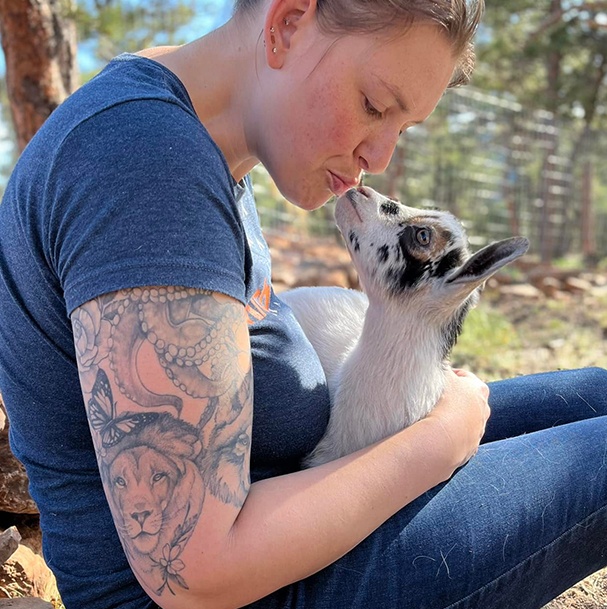 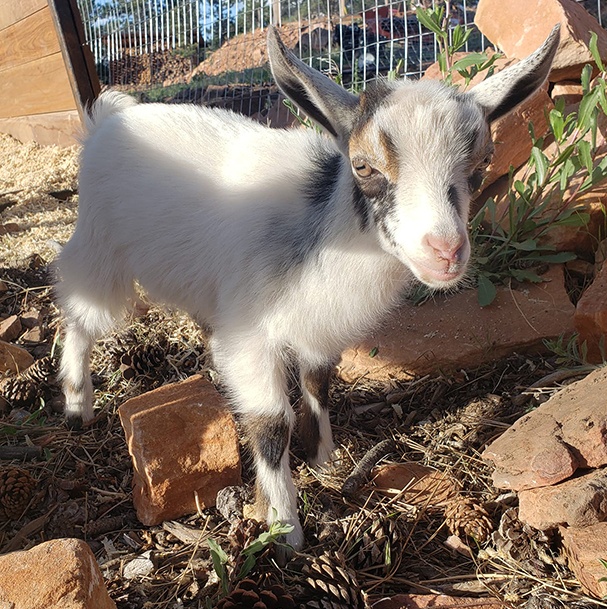 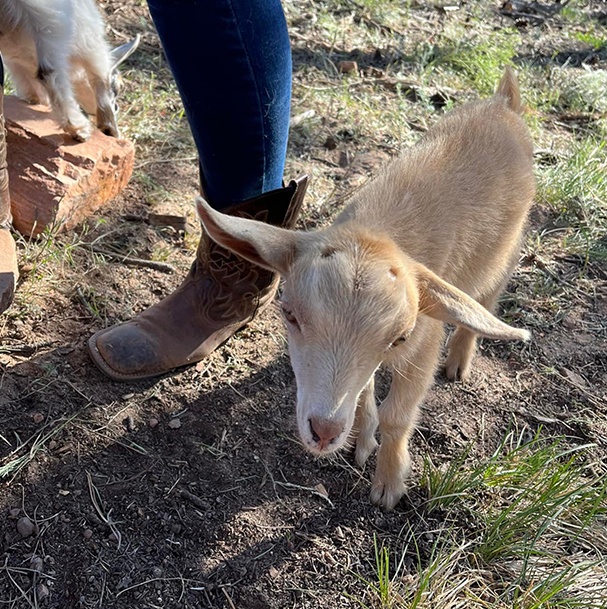 Both have been neutered and dehorned (this was done before we got them, otherwise we’d have not done this), and Druzy has lost his flower so far. Both boys are extremely gentle and sweet, it’s unbelievable how kind these creatures are. They aren’t timid at all. Topaz is more outgoing since he was bottle fed for a week, but Druzy is definitely braver. He’ll go right up to the fence line to sniff dogs ten times his size without hesitation. Of course, he’ll hop and run when he gets spooked!

Both love to climb rocks, hop, jump and move around the pasture. They have so much spunk! It’s cute and such a treat to watch them explore and play. Speaking of play, they enjoy butting heads and spending time antagonizing each other. At the end of the day, both can be found snuggling up in the loafing shed together. Truly good buddies!

We’ve attempted to bring our dogs, a blue-heeler and polish hound around them and have had some luck. The polish hound who weighs over 100 lbs., gets way too excited and snaps at them. We’ll have to do a lot of training with him. Our overly excited by anything, blue-heeler has done amazing around the goats; he’s way more gentle than we first thought he would be.

For now, they’ve got shelter, hay, minerals, pellets, water, and plenty of space to roam and explore (Oh, yeah a ton of love from mom and dad too!). Our neighbors have been stopping by to pet them as well. They are getting quite used to human interaction. More fun photos and videos to come, consider this a teaser of what’s to come as the ranch takes shape.

Top Ways To Save More Money

Seriously get the coolest content ever sent right to your inbox. It's totally free.

I signed up and I love it so much. They have the best content ever I swear!
Ally
Honey Bramble ™ Must Reads 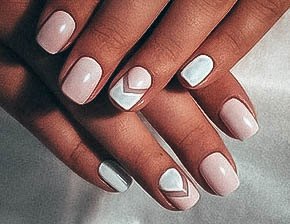 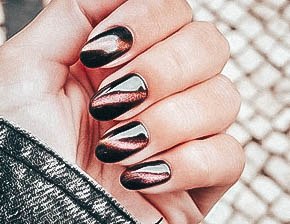 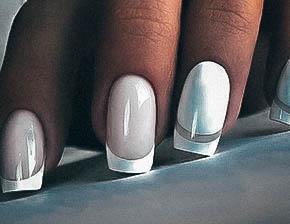 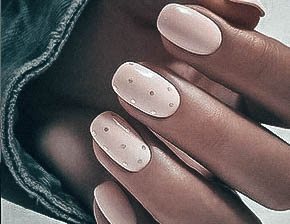 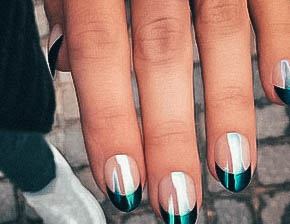 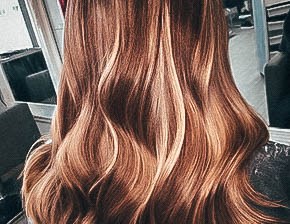 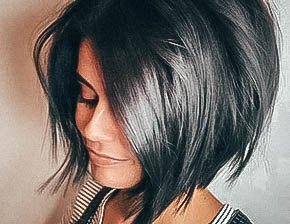 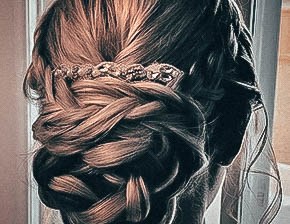 Keep up with the latest to satisfy your curiosity. It's free.